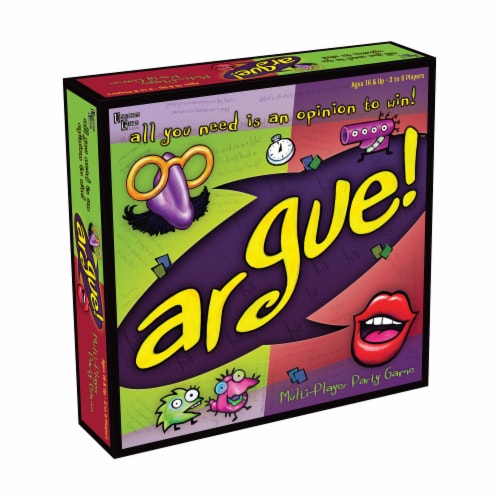 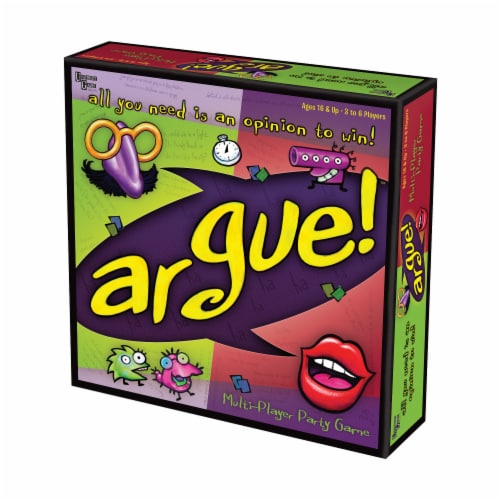 Hover to Zoom
Item 1 of 2 is selected.

Argue! is the fun, topical game where all you need is an opinion to win! It's that simple. Everyone has an opinion and everyone enjoys watching a good argument, so this game will satisfy simply everybody! Players roll the dice to determine the topic they will argue and the identity of their opponent. Then it's time to have at it, with each player getting 30 second slots to make their case and then respond to their opponent's claims. Players score points by winning votes with their argument. Everyone plays every turn as an arguer or as a judge. After each player has argued twice, whoever has the most points, wins!