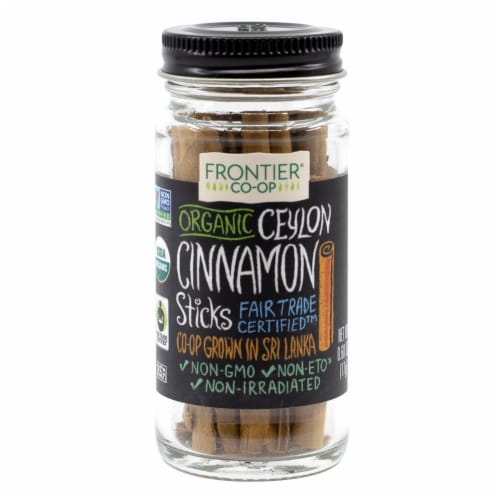 Cinnamomum verum, native to Sri Lanka, is considered the true cinnamon of the world. Cinnamon sticks from this species are often referred to as Ceylon or soft cinnamon sticks, and have different physical characteristics as well as a milder, sweeter flavor than common cinnamon. Our organic, Fair Trade Certified™ Ceylon Cinnamon Sticks are flavorful and fun in mulled drinks, punches and teas. (Serve each cup with its own cinnamon swirler.) Or combine them with allspice, cloves and ginger to make your own mulling spice.