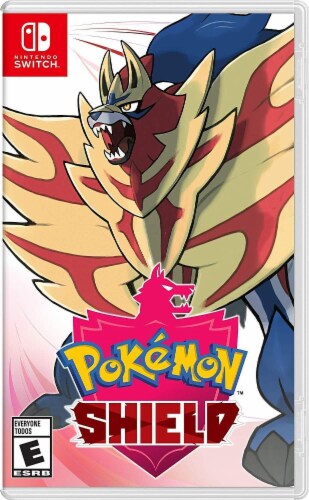 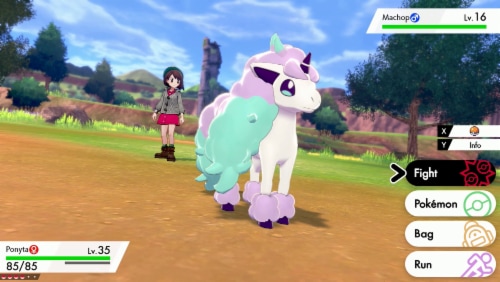 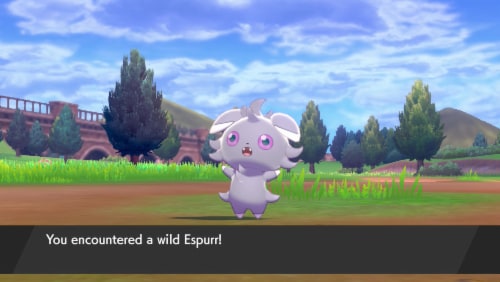 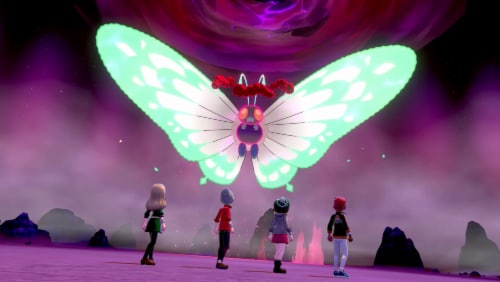 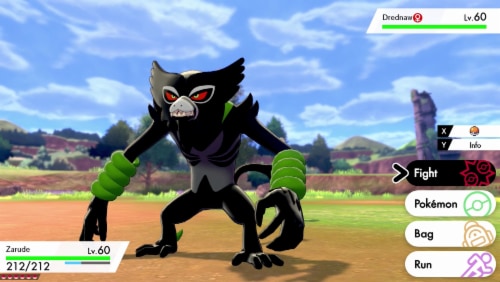 A new generation of Pokemon is coming to the Nintendo Switch system. Become a Pokemon Trainer, embark on a new journey in the new Galar region, and unravel the mystery behind the Legendary Pokemon Zacian and Zamazenta! Explore the Wild Area, a vast expanse of land where the player can freely control the camera. And participate in Max Raid Battles in which players will face off against gigantic and super-strong Pokemon known as Dynamax Pokemon. Begin your adventure by choosing one of three new partner Pokemon: Grookey, Scorbunny, or Sobble and encounter new and familiar Pokemon as you catch, battle, and trade. Players can control the camera and explore the vast areas around them in the Wild Area. Team up with other players locally or online in the new multiplayer co-op Max Raid Battles. Trainers who possess the special item Dynamax Band can Dynamax their own Pokemon. Get ready for the next Pokemon adventure in the Pokemon Sword and Pokemon Shield games.