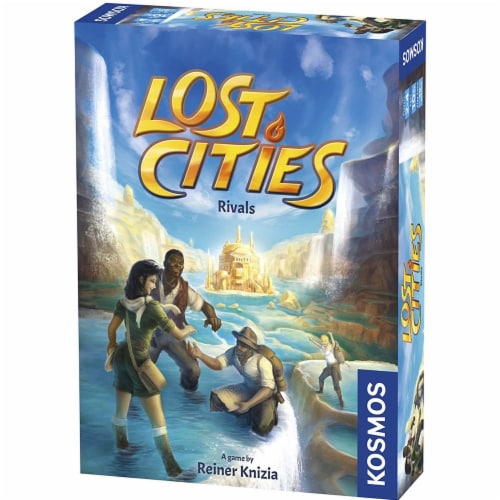 Use your cards to venture down expedition routes that take you to far-flung and mysterious corners of the earth: to an abandoned mountain temple, a decaying circle of stone, a city sunken under the sea, an ancient stone-age settlement, and a Town inside of a mountain. Your goal is to plan the routes in such a way that they bring you the greatest possible fame. And if you are especially daring, you will also be able to wager on the success of your own expeditions. But watch out: you are not the only one traveling! Which routes will you pursue and how much gold is it worth to you? Plan well and use your resources wisely. Only the player who has collected the most fame at the end of the game will be the winner. Latest addition to the lost cities franchise by acclaimed game designer Reiner Knizia. A stand-alone game that combines elements of the original lost cities with a new auction mechanic. Players lay down cards to venture down expedition routes and win fame.