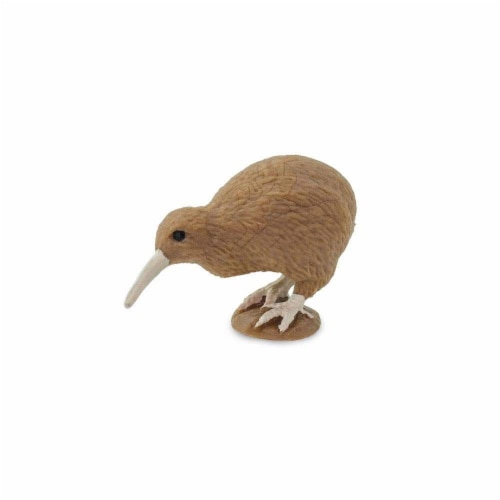 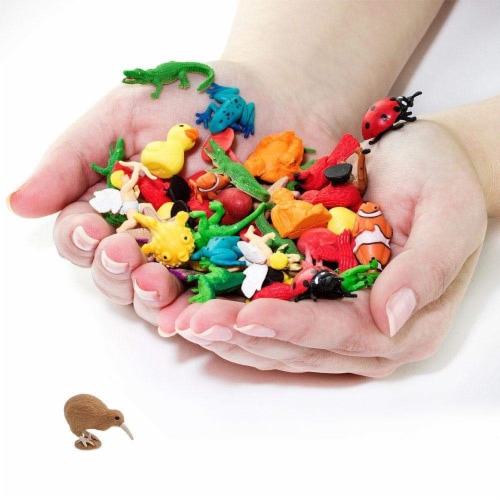 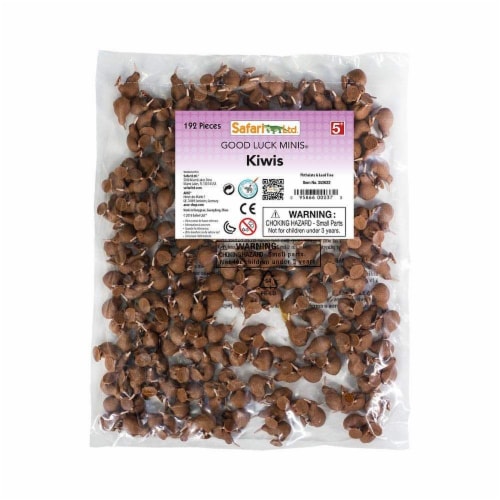 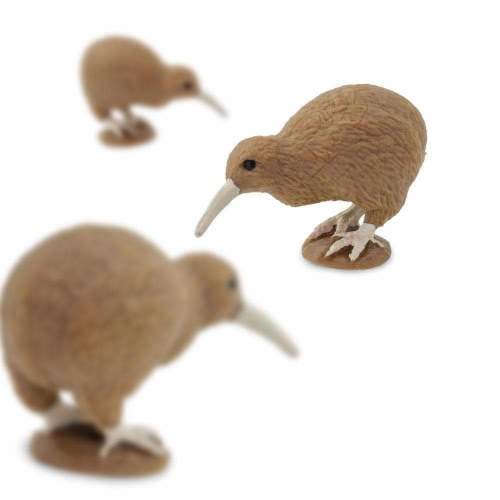 Kiwis are flightless birds native to New Zealand. Their unique qualities include an egg-to-hen ratio larger than any other bird and nostrils at the end of their bills. Kiwis are honored in New Zealand, where they are considered a symbol of conservation efforts. History: Because they are flightless, the presence of Kiwis on the islands of New Zealand leads to some debate. Itâ€™s thought that New Zealand broke away from Antarctica and Australia some 80 or more million years ago, and genetic testing of kiwis reveals they are related to Australian emus. Kiwis likely never flew; itâ€™s likely they either walked to New Zealand while it was still attached to the mainland or they evolved separately on New Zealand from an existing bird. Scientific Name: Actinidia Deliciosa Characteristics: This figure shows the kiwi in a classic pose, sniffing the ground for an insect treat. It makes a unique addition to a New Zealand school project or a threatened animals report. Size: This little brown kiwi figure is about the size of a large blueberry. Each mini figure is approximately an inch long. All of our products are Non-toxic and BPA free192 Pieces Per Bag. Only Available in Bulk Purchase.