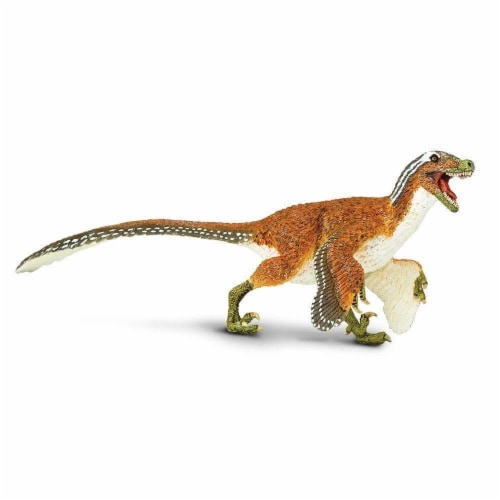 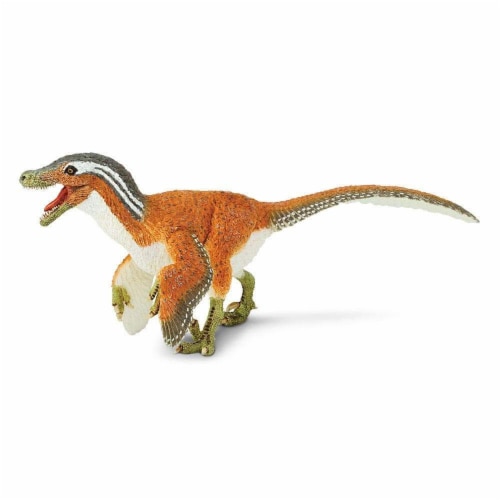 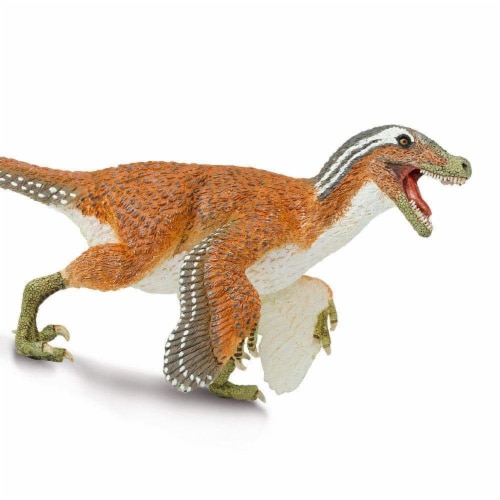 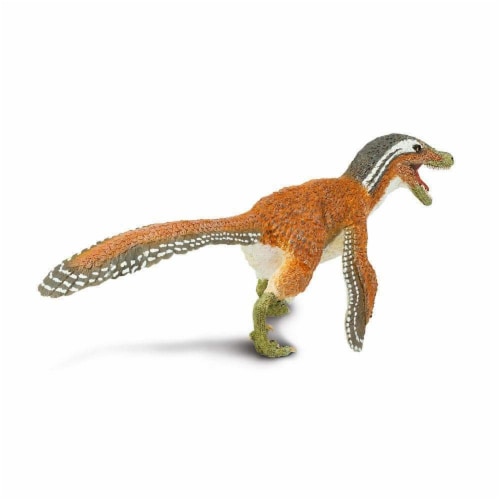 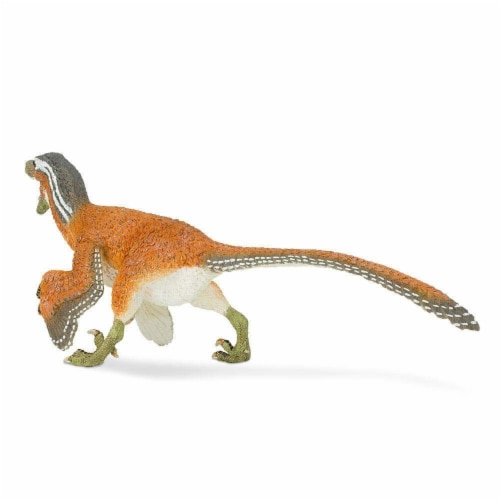 Velociraptor was a small, carnivorous dinosaur that lived in Mongolia during the Late Cretaceous, 71 to 75 million years ago. Unlike the fictional movie counterpart that made this species famous, the real Velociraptor was only about the size of a turkey and was covered in feathers. Despite its diminutive stature and feathery appearance, Velociraptor was an effective predator that used its dangerously sharp teeth and claws to subdue small prey and other dinosaurs. History: Velociraptor belongs to a group of â€˜raptorâ€™ type dinosaurs more properly known as dromaeosaurids. This group includes the Chinese Microraptor and Sinornithosaurus, which have both been found preserved with a beautiful covering of feathers. Because dromaeosaurids are so closely related, it is certain that they all, including Velociraptor, had feathers. Scientific Name: Velociraptor mongoliensis Characteristics: Velociraptor was a slender carnivore with sharp teeth and a long, stiff tail to keep it balanced. It had two long legs with three sharp-clawed toes, including an enlarged sickle-shaped claw on its first toe that was used as a fearsome weapon. In life, its body was covered in plumage and its arms supported long, wing-like feathers, as you can see on our Feathered Velociraptor toy. Size: This accurate, Feathered Velociraptor toy figure is 8.5 inches long and 2.75 inches high. The Feathered Velociraptor is part of the Wild SafariÂ® Prehistoric World collection All of our products are Non-toxic and BPA free