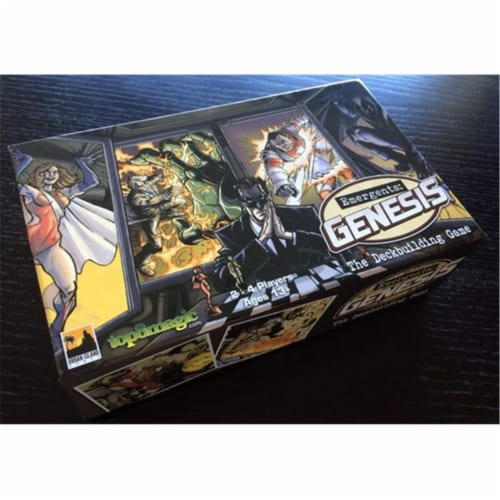 Emergents - Genesis is a new PvP multiplayer deck building game where players take on the role of powerful superheroes - known in this world as Emergents - and battle against the other players in the game to be the last person standing. Players customize their decks based on four classes of superpowers in a fast-paced game that can be played by two to four players. Emergents - Genesis takes place in an original universe by game designer and comic creator Brian David-Marshall and features art from a host of best-selling and award-winning comic book artists headlined by Steve Ellis. Designed by Urban Island Games and Top8Magic Emergents - Genesis introduces innovative interactive mechanics to the deck building game that will appeal to all superhero and game fans.