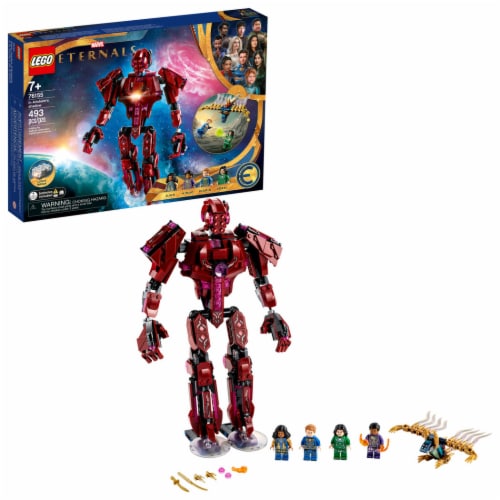 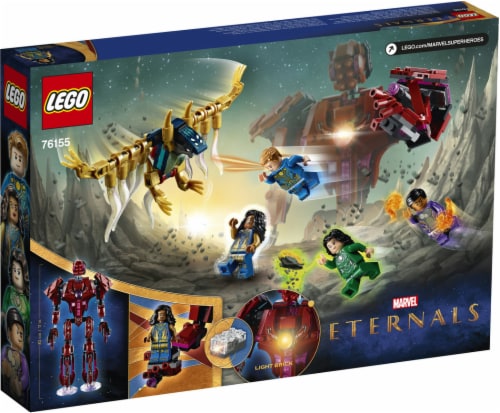 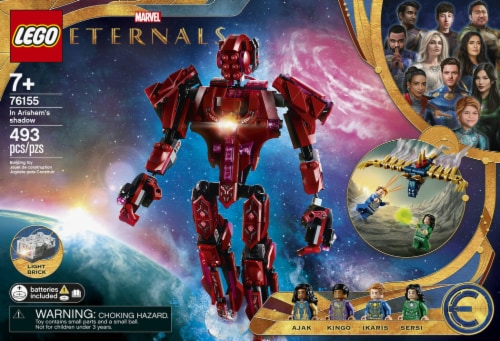 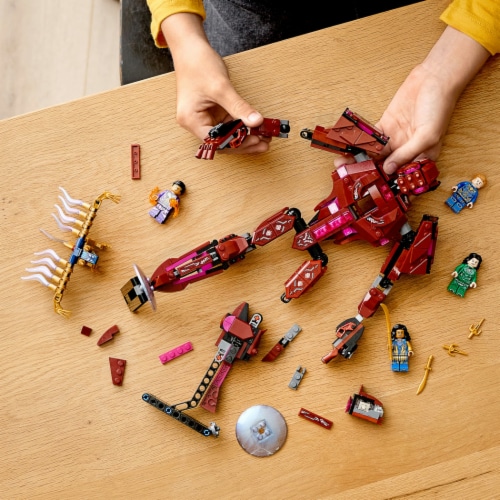 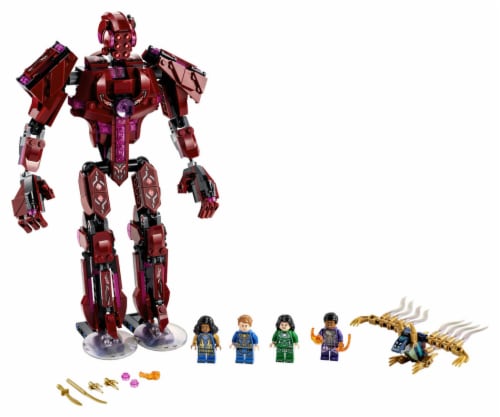 Combine all the fun elements of the Marvel Studios’ The Eternals movie in one awesome LEGO playset with the LEGO Marvel The Eternals In Arishem’s Shadow 493 Piece Build Set. Arishem’s Shadow brings 4 Eternals, a Deviant, and a Celestial together in a superhero confrontation kids will love. Kids ages 7 and up will join forces with 4 Eternals to defeat a Deviant bat. The Eternals have cool powers: Ajak is the only one able to communicate with the powerful extraterrestrial beings, the Celestials; Sersi transforms matter into whatever she desires; Ikaris has superhuman strength, and Kingo can blast terrestrial energy. The set also includes a posable Celestial figure that can hold an Eternal minifigure in its hand. The set also has fun accessories including a light-up chest, 2 daggers, 1 sword, 2 mini shooters, and a blade. Simple instructions and batteries are included so your child can get to playing faster. LEGO bricks are dropped, heated, crushed, twisted, and analyzed to make sure the building set meets strict safety and quality standards. Bring the action of the Marvel Universe to reality and watch your child's imagination soar with the LEGO Marvel The Eternals In Arishem’s Shadow Build Set.